Love my content? Support me on Ko-fi.com and receive awesome TT perks in return!

Welcome back to another Top Tip Tuesday!

In this week’s Top Tip Tuesday, I would like to discuss a theory that is very commonly shared by many players of various standards: the theory that power is considered more important than placement in table tennis.

One must be very careful in combating such a theory, purely because it is extremely generic; that is, each point in a table tennis match is unique within itself, and to assign a specific belief or ‘truth’ to the whole sport is never a good idea.

With that in mind, here is my opinion on the subject:

Top Tip: placement can be much more effective in a table tennis point than power.

Now, I know that the vast majority of people reading this might seriously disagree, and as strange as it might sound, I would also in some cases follow suit – again, this is down to the point of generalising one theory of what’s ‘right’ and ‘wrong’ in table tennis, when in truth, there isn’t really one specific truth to winning a table tennis match (except for getting to 11 points before your opponent does!)

Therefore, I thought it best if I try to explain the reasonings and limitations behind my Top Tip by analysing what will hopefully seem as familiar (perhaps even rudimentary, albeit extremely common and important) in-game examples to the reader:

Key: to keep things simple, we will assume in all of the following examples that we (the subject player) and the opponent are both right-handed players,

Example 1) the opponent – whose strength is their forehand topspin – serves a short yet very heavy side-spin backspin serve to your backhand. The opponent is looking to ‘turn the corner’ and play their forehand from the backhand side.

Will you play a fast return of service – perhaps a speedy backhand ‘banana’ flick – or rather look to disrupt your opponent by an awkwardly placed receive that will stop them from playing that very strong forehand topspin?

Should you attack the ball with a strong shot, or rather focus on positioning?

Example 3) you are practising a consistency drill (let’s say 3-point forehand – my favourite!) in the training hall.

Should you focus on power, positioning or footwork?

After considering each of the examples, it’s possible that each and every one of us would come up with different answers. What is quite interesting though, is as I was writing out the examples, I realised that they could all actually be considered to be ‘trick questions’. Let’s have a quick dive into each example.

Example 1) is very interesting to me, namely because I had always personally considered this to be a 100% placement answer; indeed, most of the time, it probably is. Receiving a heavy backspin-sidespin serve is by no means an easy thing to do (let alone with pace), most people would probably push this ball to the opponent’s backhand (because of the sidespin from the serve), thus it seems a no-brainer to instead play to the forehand side when your opponent is looking to play from the backhand side. However, if your flick is very good, then playing to the backhand with some pace could seriously harm your opponent’s chance of playing a strong forehand topspin – chances are they won’t be expecting a fast, flick return.

To add to that, one could also play a very fast backspin push, again very difficult for the opponent to counter, and most probably not what they were expecting to play against.

This doesn’t appear to be the case for example 2) though. Personally, as an aggressive player, with such an opportunity to attack my opponent like in this example, the placement isn’t as important as creating enough pace and spin to play a very strong shot against an opponent who is stumbling away from the table.

On the other hand though, there are many cases of players who appear to be on the back-foot, but who actually hold their ground, unphased against the oncoming onslaught of a shot that should destroy them; they block, or even counter the shot, because this powerful stroke lacks good placement.

So how about the final example? Which is more important: power, placement or footwork?

This is a completely trick question. Maybe you noticed this with the inclusion of footwork in this example, which wasn’t included in the other two examples. This inclusion is a deliberate one, as it somewhat suggests my main point in this top tip Tuesday post.

All three of the choices are of the same value in my opinion, which is where I come to the conclusion that a better Top Tip would be this:

Top tip: placement and power go hand-in-hand and should be considered equally important in table tennis!

Love my content? Support me on Ko-fi.com and receive awesome TT perks in return! 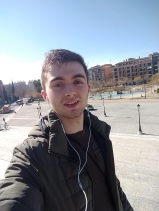 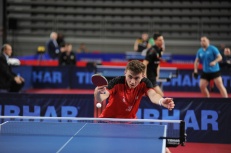