In the 2014-15 season Matthew represented Hampshire in both the county Cadet team which finished as runner-up in the National County Cadet Premier Division and also as a member of the Junior team which won Div 1b in the County Championships. In the Junior British League, Matthew played for Pompey, coming runner-up to St Marys (Hull) in Div 2; he also represented the Waterside Club in the Senior British League, winning Div 5 South. In March 2015 Matthew won the U15, U18 and Premier Division Championship titles in the Bournemouth League as well as the U15 and Senior Doubles titles and becoming runner-up in the Men’s Singles in the Hampshire Closed tournament. Matthew was also a key part of the Waterside ‘A’ team which won the Southampton League Premier Division. 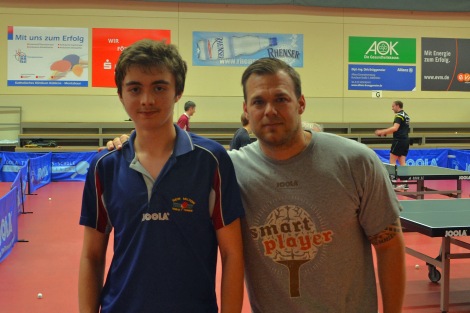 Following successful play in a German tournament, Matthew was invited to join a club playing in the German Verbandsliga: TTC Rheinbrohl. In February 2015 he went to Germany for training with Tomas Pavelka, match trainer for TTC Grenzau who play in the professional German Bundesliga I. Matthew is looking forward to more training and playing in Germany later in the year. 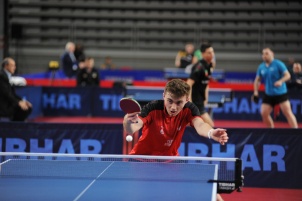